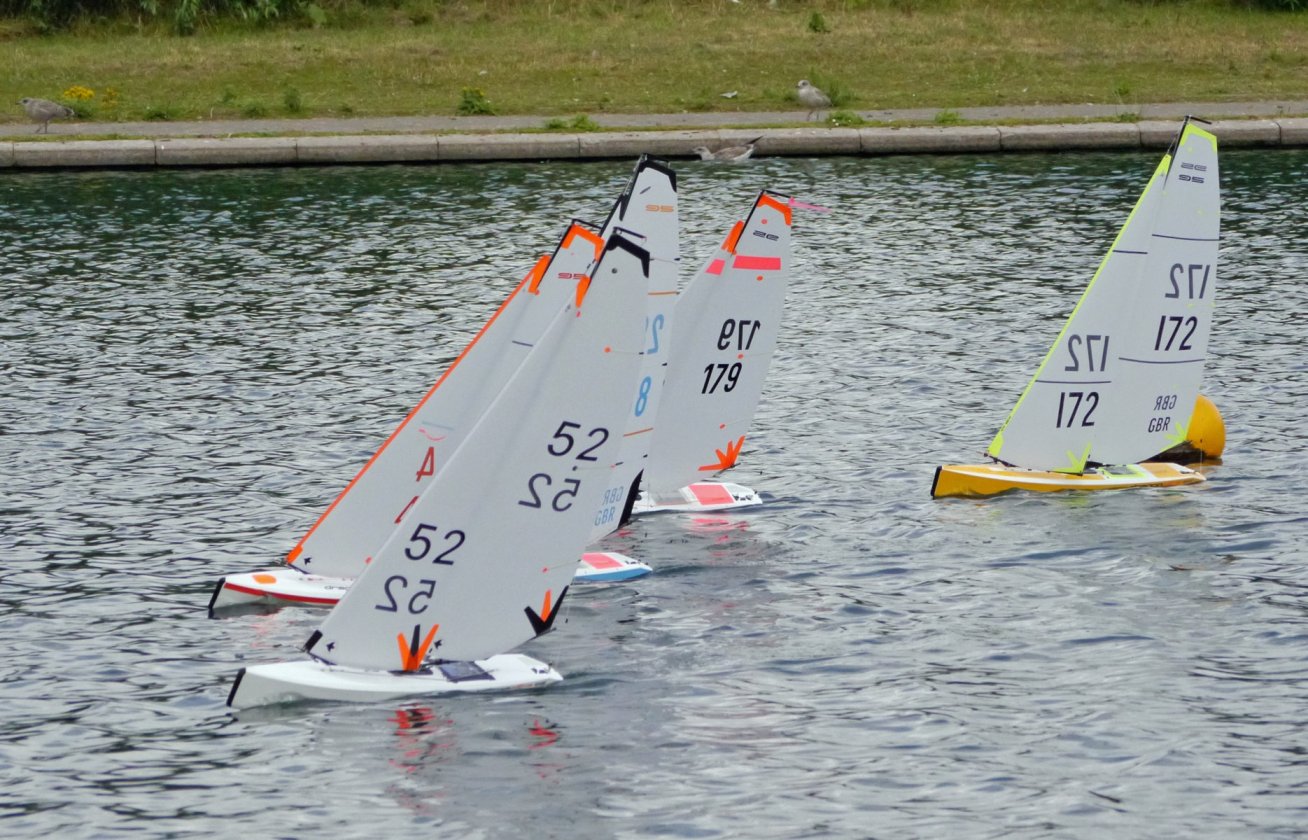 Five Skippers put their boats on the water to have some sprint racing of a single lap and allow comparison of rig and sail settings and see what worked and what didn’t. Dave Williams very graciously agreed to loan his fin and keel to someone who forgot theirs and his reward was then to run the racing for everyone.  A big thank you to Dave for doing this.

There were some interesting results and differences in boat speed, although this was at times difficult to judge with the wind being very patchy.  By the end of the session comprising 8 races, the boats were more evenly matched  and some sailors have some future work to do, to re-rig or even obtain replacement sails before the next session.

Peter took the lions share of 6 wins for first, with Neil picking up the other two (in a borrowed boat) for second and Alan finishing with a strong cluster of podium places to edge Andrew out of third place.