Three sailors from the club entered the RG65 Nationals held this year at Eastbourne & District MYC.  All three ended up in the prizes with Graham Elliott sailing an Electronica first, Peter Baldwin in an Uno fifth and John Brierley also sailing an Uno sixth.

A full report and results for the weekend where 33 races were completed is available on the RG65 UK website as follows:

There is a video compilation of some racing from Saturday and Sunday and a series of photographs all available via links on the RG65 UK Class Association Facebook page.

Sailing skills and tempers were tested as the wind circled round the lake in mostly unpredictable directions, with both lulls and gusts, meaning close attention to the trim of the A+ sail rigs was paramount at all times.

Conditions made for very close racing as the points testify. With thanks to John Carlin and Mike de St Paer for acting as Race Officers, frequently needing eagle eyes to judge the close places at the finish line.

Just half a dozen sailors arrived, to be welcomed by a damp morning with almost windless conditions. Not very promising for a days racing, so we decided to just have un-scored social racing session and managed a few single lap races.  Start line and course direction was alternated, as the light winds shifted in a most unpredictable manner, as did the results of each race.

The wind did steady and fill to a fresh westerly towards the end of the morning, which gave us a final two lap race to finish the day. 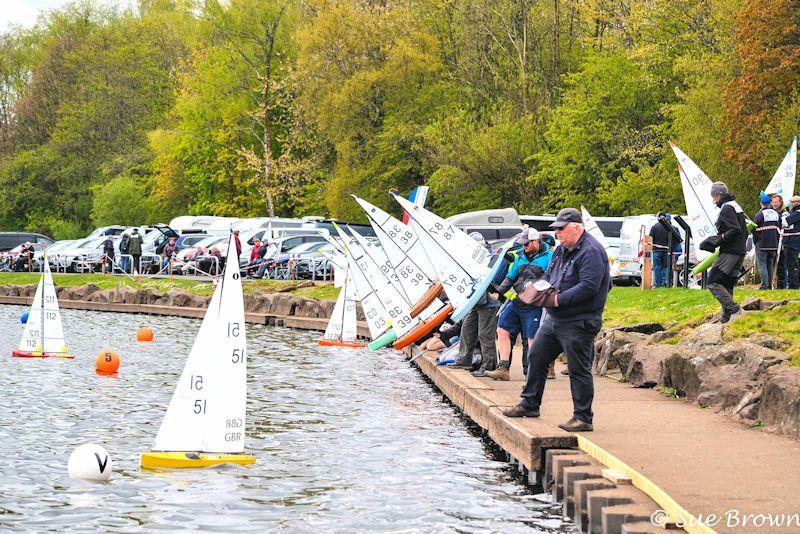 The 2022 IOM Nationals finished last Monday 2nd May at Castle Semple in Scotland.  Once again, club members were well placed at the event with Graham Elliott in 4th, Andrea Roberts in 9th and Martin Roberts in 10th.  The event was won by local sailor and sailmaker Brad Gibson (with his wife’s Britpop). 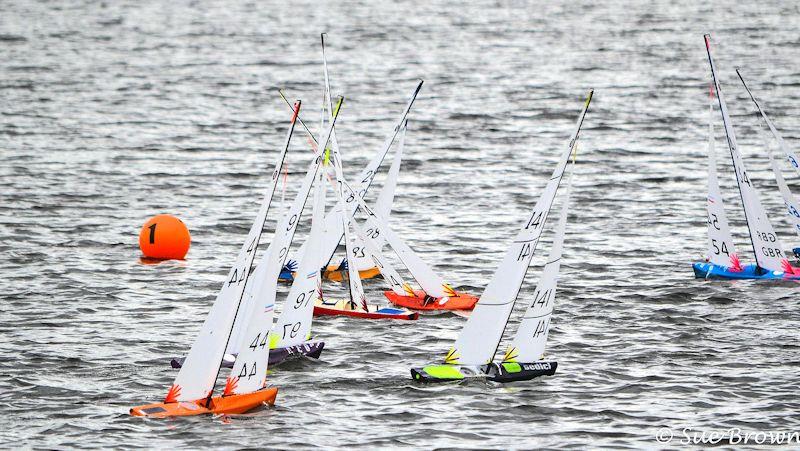 Sailing conditions were taxing for both the Race Team and competitors alike, with no single skipper dominating the scoring.

After the very successful first Social (Open) Sailing Saturday afternoon last week, a committee meeting yesterday agreed that all spare Saturday afternoon’s in the Calendar should be filled with Social Sailing sessions.  These have now been added with a total of 7 more planned throughout the Summer, with 3 more over the next 4 weeks starting with Saturday 14th May.

We do hope that you will take the opportunity to come down to the club and enjoy the afternoon.  Take your own boat for a sail, try something new or even bring along a guest to experience the sport.

There is an event page for each day for you to enter if you can, although this is not essential for paying a visit on any day.

What a days sailing today at Birkenhead for the second RG/DF 65 Summer series. Wall to wall sunshine with a steady top suit from the North West (with significant shifts causing a number of snakes and ladder place changes).  With the lake seemingly divided into two wind patterns it was essential to get in the right lane quickly. With just two DF65s, the boats were sailed in some races by young members of Graham Reeves family, and it was good to see there enthusiasm and capabilities.

In the RG class, the racing was being used as a tune up for the National Championships next week in Eastbourne and any small mistakes were certainly pounced upon. In the first race John covering Graham did not focus on Peter who threaded his way through for the win. It was certainly going to be that close all afternoon.

The other races up to the tea break were shared between Martin and Graham and after the break these two had to withdraw for pressing family commitments leaving John to take the afternoon session with 5 of the 6 wins . The racing between the other Unos was very close and great to see Alan having a good first outing with his new boat.  Neil and Charles were also having moments at the sharp end which resulted in a great and close days sailing.

Thanks to Bernie for running the event and Jack for our drinks at the break.