This week we had 10 sailors for IOM racing including our American visitor Chuck Millican and also anew to Birkenhead visitor from Etherow – Alan Bennett.  There was a good top suit breeze from the Clubhouse end which had some decent shifts (and short flicks) which tested the patience of most sailors.  Martin Roberts (Vanilla 2) started well, picking up wins in 4 of the first 6 races before the break for a late lunch, with Peter Baldwin (Britpop!) taking the other 2.  There was some close racing though throughout the fleet with good results from newcomer Alan Bennett (Viper), Bill Culshaw (Britpop!) and Chuck Millican (Britpop!). 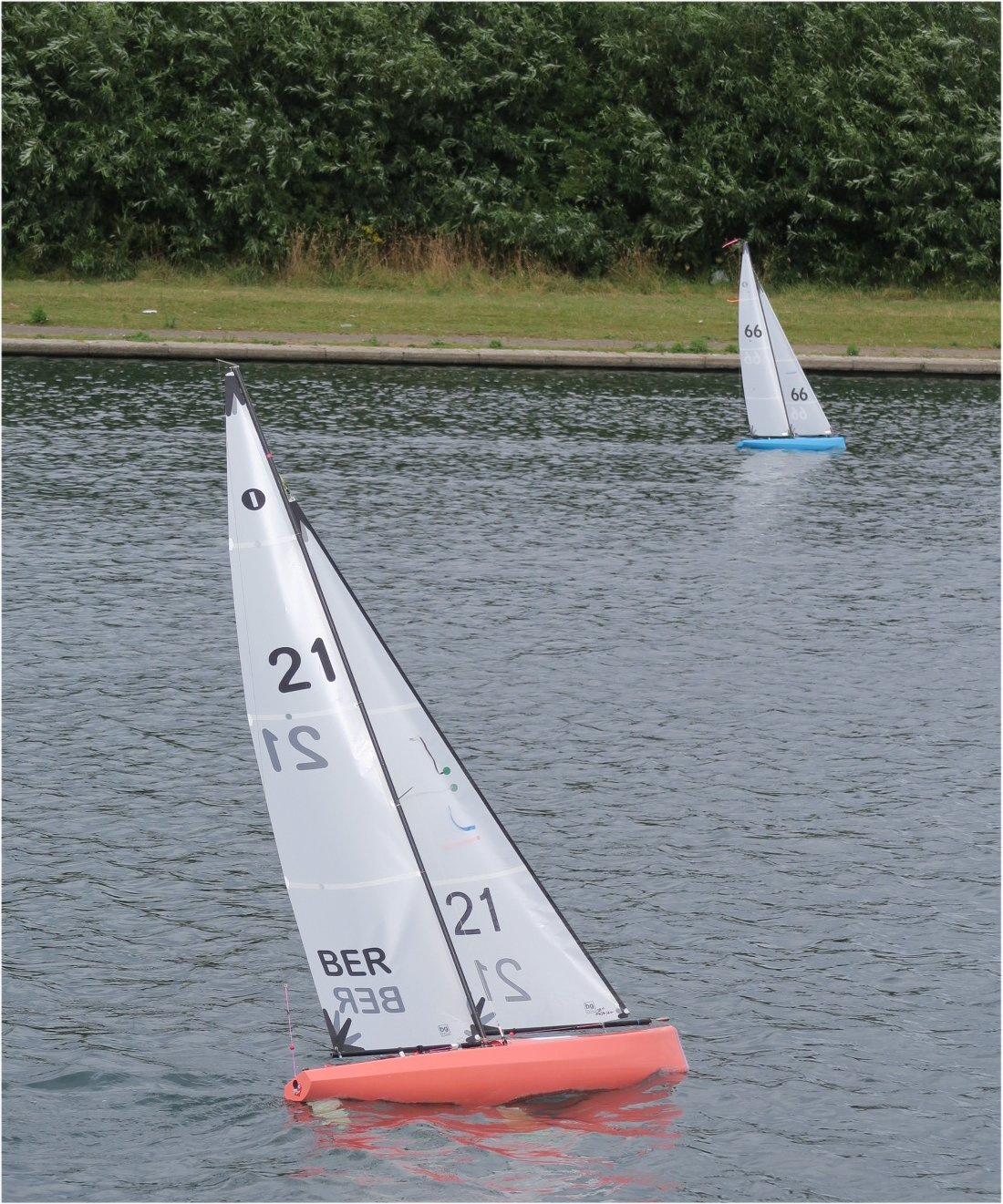 After the break, Martin resumed with a win in Race 7, Chuck then picked up Race 8, Peter took Race 9, Martin Races 10 and 12 and Bill Race 11.  Alan Bennett was once again on the podium in a few races, John Berry also stepped up a gear in this second session and had two seconds in the later races (had Jack added something to his tea?)

Overall a great afternoons close racing for the whole fleet with 12 races completed.  Thanks must go to Dave Williams for running the racing and keeping us all under control and taking a few photos at the same time.  There were a number of OCS calls and general recalls leading to the RO suggesting that we wait until the go before pulling the trigger rather than at 1 second.  In addition, thanks to Jack for making the drinks once again.

Finally, it was good to say hello to Bernie at the Lake today, having not seen him for a while.  Hopefully we will see more of him on future Saturday afternoons.