As the year draws to a close, Birkenhead Radio Sailing & Power Club hosted its final open event of the year…the Marblehead Xmas Bash on saturday the 19th December.

Visitors from the far north (Fleetwood!) and the deep south (Yeovil) by way of those in the middle (Manor Park) joined the 9 home sailors, including a number of newcomers to the fleet

Older designs were the order of the day, “pimped” or otherwise, the majority being various flavours of the Starkers with a dusting of Paradoxes.

With more wind and rain forecast for later, the strong winds of the night had subsided to a very light breeze by the time the 14 competitors lined up for the first start under the eagle eye of new member and our PRO for the day, Peter Baldwin. With the southerly light wind coming over the clubhouse, the fleet were challenged by the many holes and shifts on the windward/leeward course. There were many winners and losers but, as is often the case, the familiar faces found their way to the front of the fleet with Brad Gibson making the most of the conditions as the fleet broke for lunch.

After feasting on pulled pork and coleslaw rolls, mulled cider and mince pies, the fleet returned to the water with full stomachs but clear heads to confront slightly stronger winds oriented slightly more down the lake with the added Xmas spice of a few meaty gusts.

Racing was very tight, especially in the pack, and first place was hotly contested, Roberts taking 2 bullets, Edwards and Elliott 3 each and Gibson 4. After 12 races it was….yes, you’ve guessed it….Brad Gibson who took the honours but only by one point from Graham Elliott after a closely fought battle in the last few races, with Martin Roberts on close their on heels in third.

Yes the wind could have been more cooperative (we each had a story to tell!), yes the lunch was great (thanks Victoria and her young assistant, Joyce), yes the race organisation was impeccable (thanks Bernie, Jack & Peter), no the heavens didn’t open until we’d finished and yes….we all had a great time!

BEST WISHES FOR THE FESTIVE SEASON TO ALL OUR MEMBERS AND FRIENDS ! 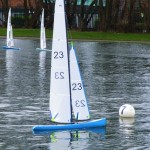 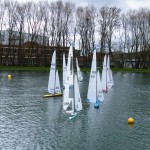 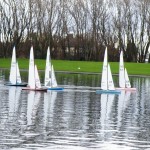 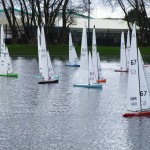 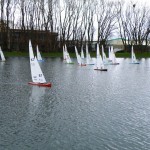 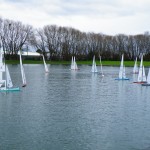 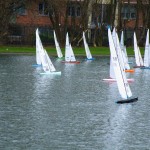 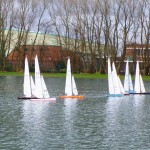 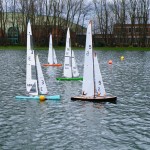 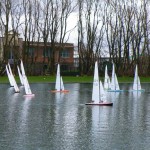 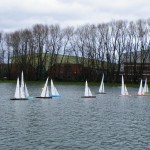 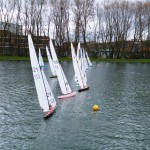 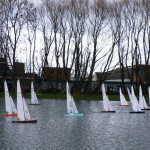