c
Skip to content
Today’s racing was the last round of the RG65 Winter series, five skippers entered and were greeted to the best weather of the year so far, with wall to wall sunshine and a good blow down the middle of the lake from the car park.
All skippers opted for their B rigs, but soon found out this was too much after the first race and nobody successfully managed to get downwind. The gusts were just too big, so we took a quick break to all change down. Unfortunately Graham, with his newly acquired Argon, did not have a smaller rig so had to persevere, Martin had the perfect size rig that he had made in the week for these conditions and his Pocket Rocket relished the conditions after missing the first race due to a failing receiver, but then was able to borrow one from Graham.
The racing was closer than the scores suggest with Alan, Dave and Neil getting the most out of their boats and all sailing well, unfortunately Graham suffered receiver problems and missed quite a few races until he managed to fix Martins old receiver and get back on the water but still in the wrong rig.
Martin won 7 races out of the 9 he sailed in with Alan getting 2 wins with his ever improving Scurry and Graham with just 1 win, 10 races sailed in all before we all agreed the wind was still increasing and to call it a day.
Many thanks to Bernie for starting and finishing the fleet and Jack for supplying the tea and coffee at intervals.
After 10 races
This leaves the overall results for the RG65 Winter Series as follows, With Graham Elliott the winner by a clear margin. 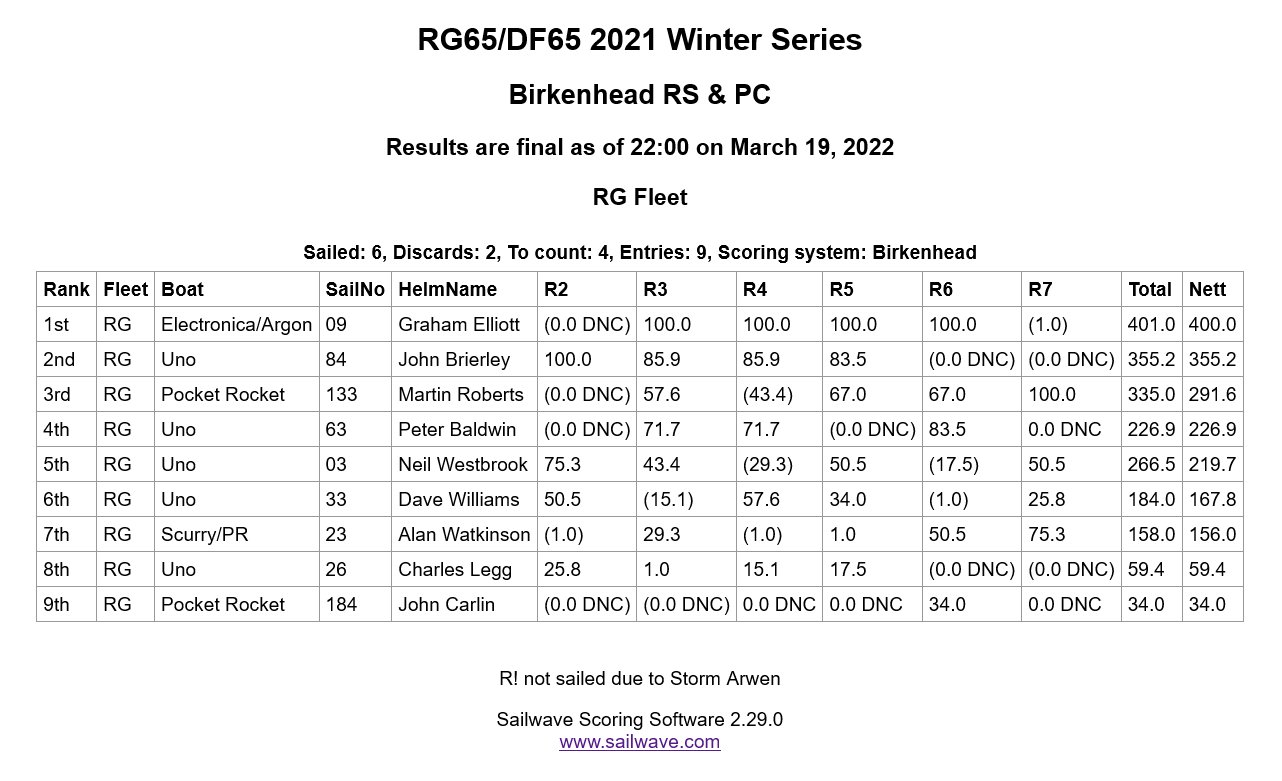