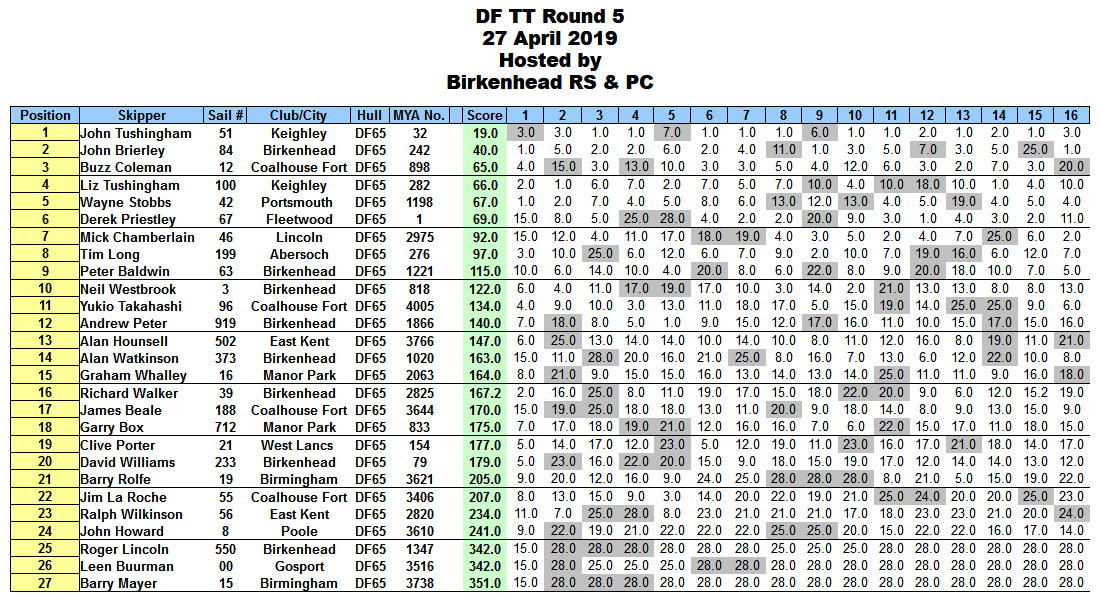 Well that was a different day, there was a whole 40 mph less breeze today which made the racing almost like…well…racing! A big fleet of thirty boats gathered on the start and raced as a well behaved single fleet which made your start absolutely crucial and made or messed your race before you got up the first beat. 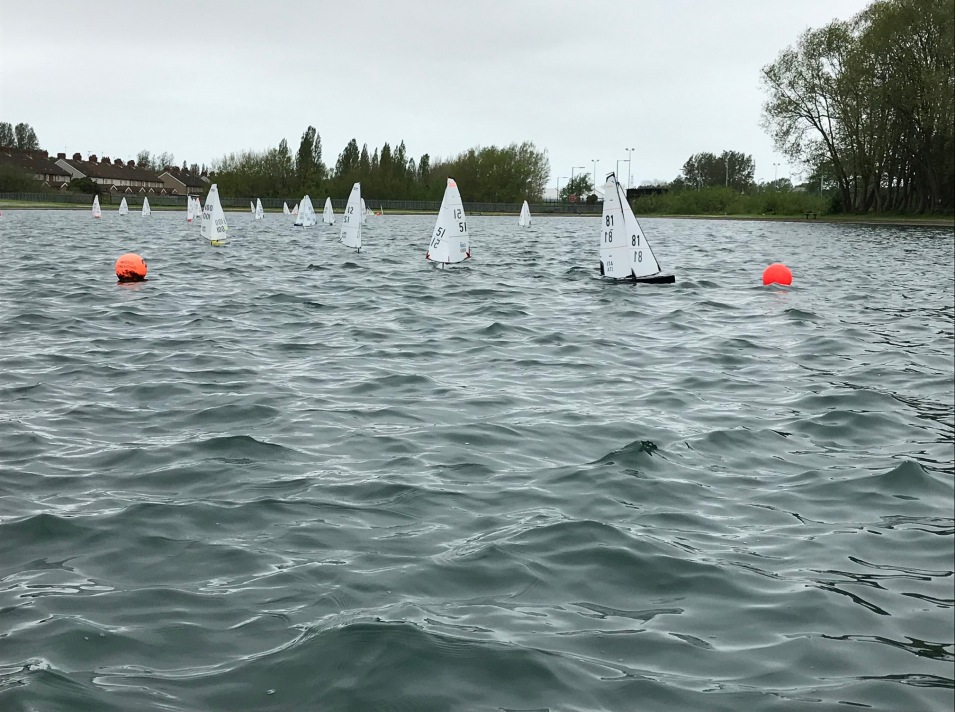 Things started as they finished yesterday with Tushy taking the first two races before getting  mauled up the first beat in the third race which gave him his worst result of the day with an 18th. Race three also saw Yukio take his maiden win with the DF95, a stylish win for sure.

Tushy took race 4, 6 and 8, Pete Baldwin race 5, 7 and 10 . Mike Weston, sailing for a change took race 9 to his great delight! Tushy took 11 with Derek winning his only race with race 12, after that it was Tush all the way apart from 15 where he had issues!

As you’d imagine there were a good number of incidents throughout the day and turns were duly completed by the offenders which made the sailing good spirited throughout the fleet. As the day went on the weather got better and better with most people peeling off layers of clothing throughout the day.

Tushy of course won the day, 20 points ahead of a consistent Peter Baldwin with Derek in third spot three points back on 49. Buzz finished fourth with Tim Long in fifth spot after a testing mid morning session. Commodore John Brierley rounded out the top six.

Full Results below, click on the image to expand. 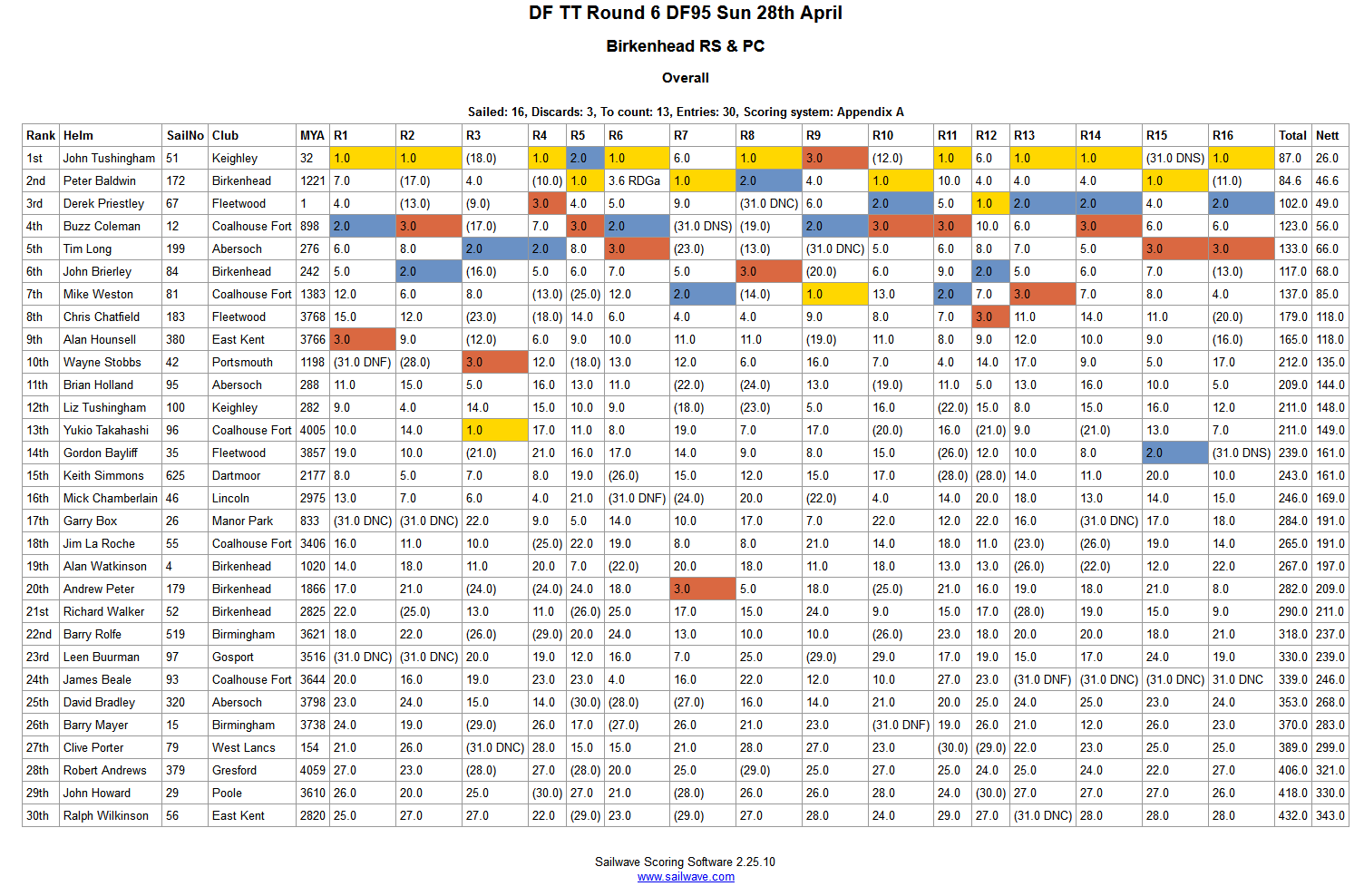