Sadly due to the current Covid-19 pandemic, the Events Committee has decided to postpone the 2020 Worlds due to start on 9th June.

The full announcement is in this document

Following the government announcement this afternoon it is with regret that we now have to suspend all club sailing for the foreseeable future.
We will monitor the situation and keep all members informed when the situation changes. 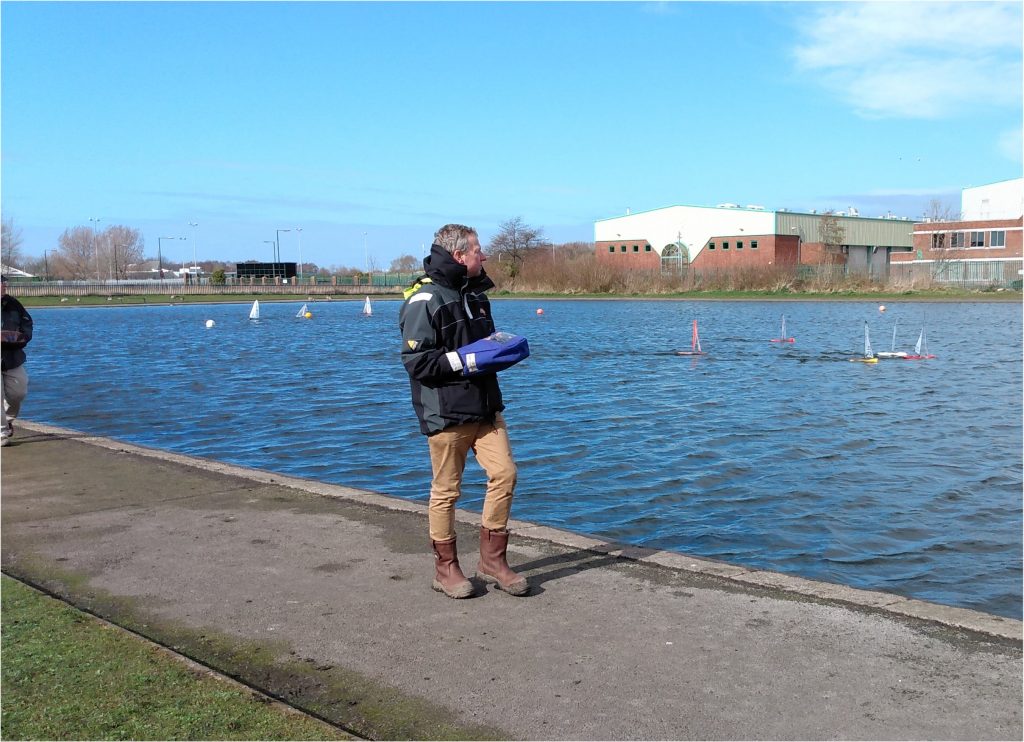 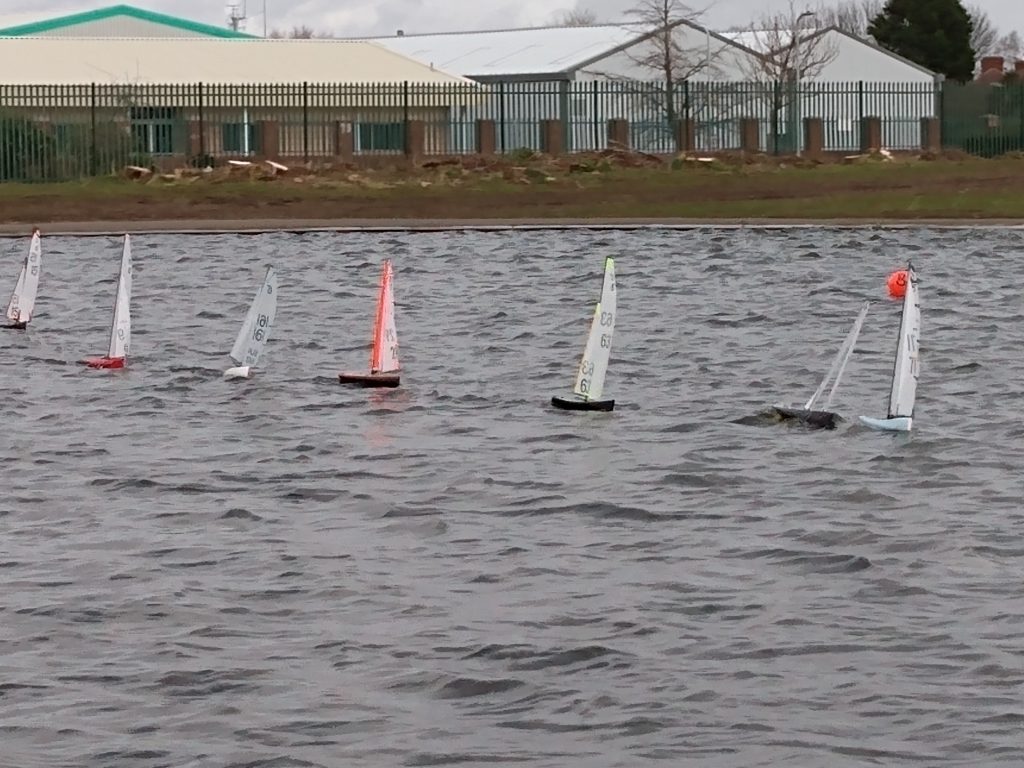 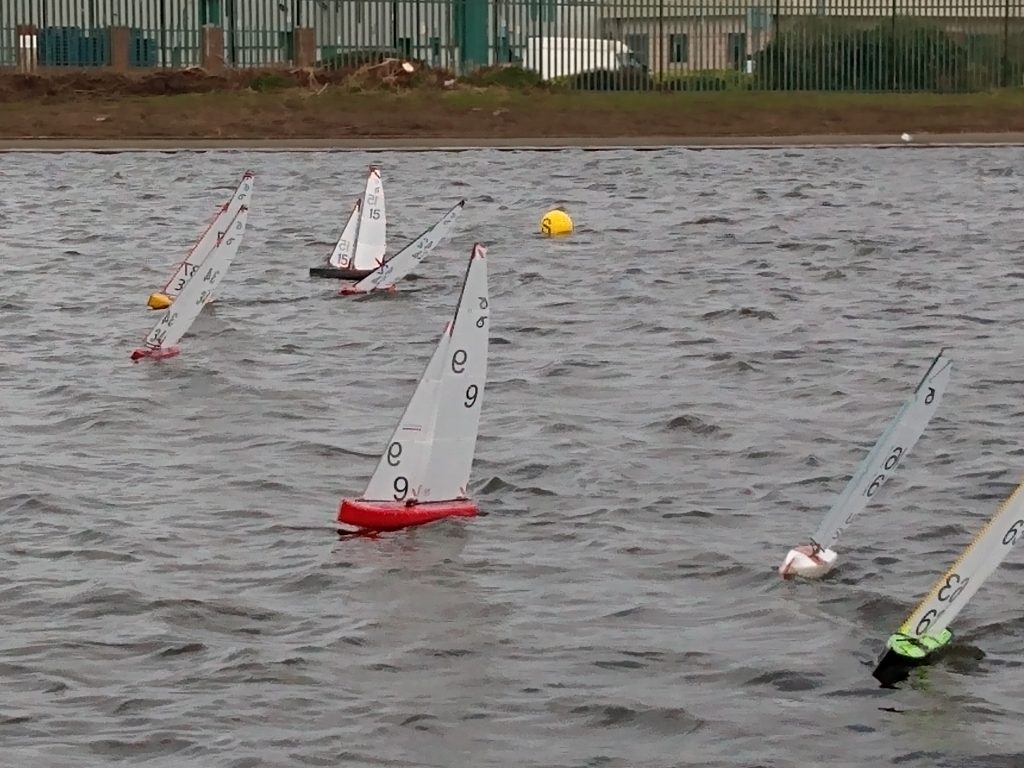 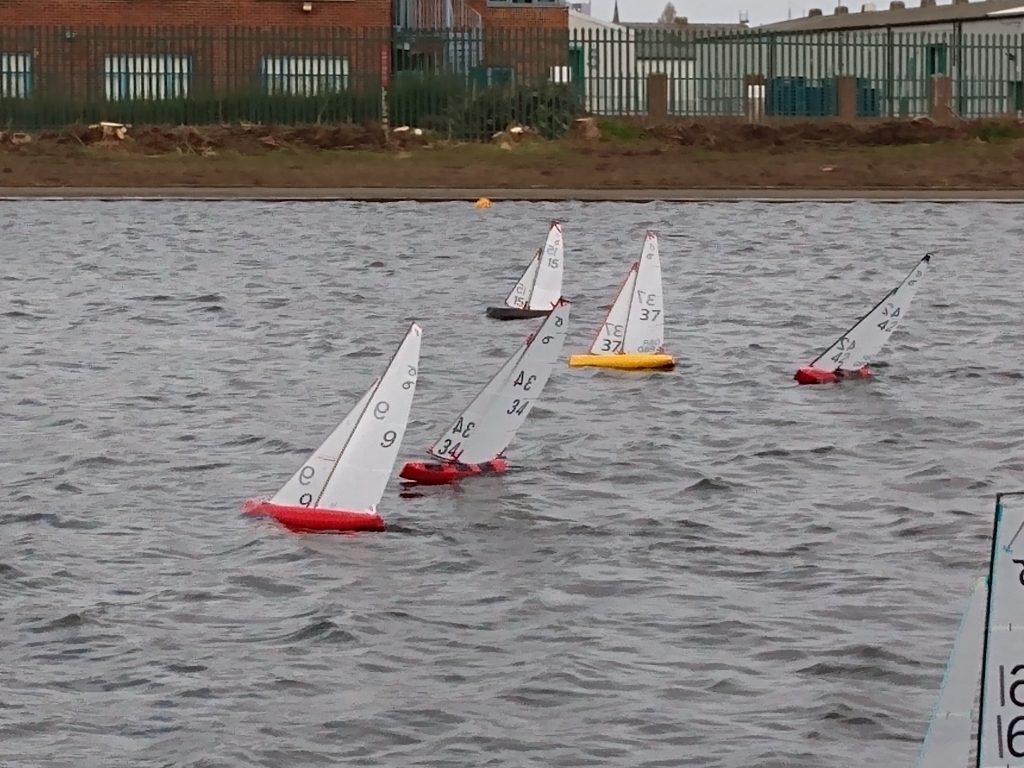 With the breeze coming from the SW or WSW, the course was once again setup to sail from the North bank.  All 13 sailors opted to use the A rig as the breeze varied anywhere between 2 and 15 knots, together with big shifts as it came over the houses.

There was a fair bit of equipment failure today, both electronic and boat rigging causing races to be missed.  Alan never got started unfortunately and John B only managed two races before his transmitter stopped working.

Wins were shared around again with Peter and David Potter taking four each, Andrew two (one a tie with Peter) and Mike one.  As is usually the case, consistency in each race was the key to overall success and so Peter took the day, with David second and Andrew third.  Thanks once again to Ernie for running the racing and keeping everyone in order. 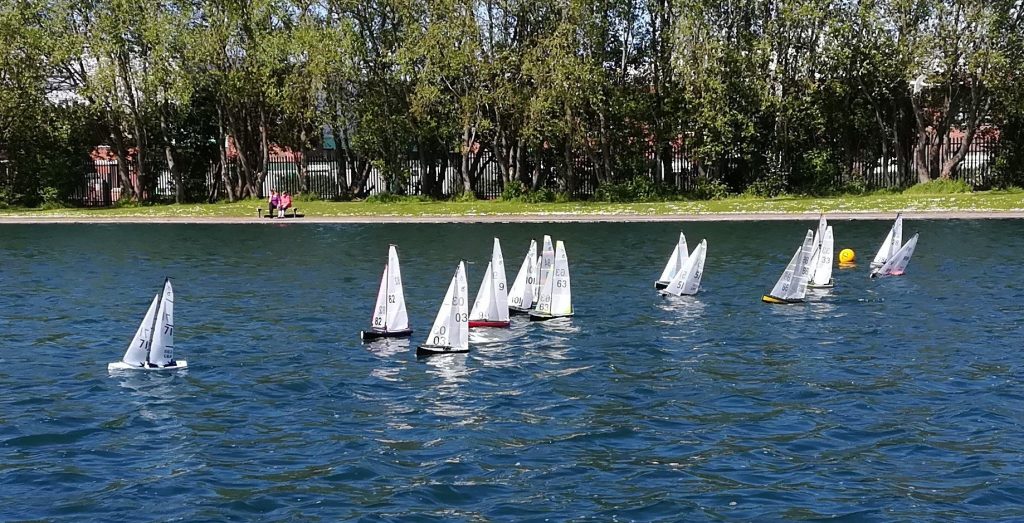 This weekend (14/15th March) sees the return of the RG65 fleet for a double header of two one day Traveller events on Saturday and Sunday.  Entry officially closes on Thursday and so far 19 have entered sailing 8 different designs.  Will there be 20 or more entries by the weekend?  Entry is via the MYA here and further details available on the Event page.

The view will be a little different this year compared with the photo above from last years event after the trees were removed at the beginning of the year.  We look forward to giving everyone a warm welcome and some great racing.

The seventh Winter IOM race saw 11 boats commence battle in todays racing. The wind was a fickle and gusty South-Westerly blowing over the houses, with frequent and large shifts anywhere from the West to the South throughout the day. The interest of the very shifty conditions was occasionally complicated with strong and localised gusts that might flatten boats sailing a few metres away from others completely unaffected.
The course was set with 2 close reaches/diagonal beats and 2 runs on each lap, making best use of the lake and 11 races were completed. The racing was challenging with many people in mid fleet gaining or losing multiple places from wind shifts, while the top skippers were starting and sailing consistently well. Graham Elliot dominated the day with 7 wins, followed by Bill Culshaw in 2nd, and John Brierley taking 3rd and a notable 4th from John Berry who also won a race.

Many thanks to Bernie and Jack for officiating, and Dave Williams for calling the start.

Here’s hoping the final winter series race on the 21 st , will have some warm sunshine and a decent wind blowing along the length of the lake, as that would make a nice change.